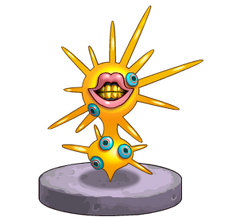 "It dawns on you that if you could just do everything all at once, all of your problems can be solved."

Reduced Skill cooldowns, up to a -75% reduction.

It is possible to reduce buffing skill cooldowns to under the duration of the buff at sufficiently high levels, enabling continuous use. Ignoring relic bonuses, if all individual-skill ancients and Vaagur are leveled evenly until this point (due to their having equal power-curve cost equations) then Clickstorm/Powersurge become constantly usable when the respective ancients are level 85 (total HS cost: 2.32e26), Lucky Strikes/Metal Detector reach this at ancient level 213 (total HS cost: 7.90e64), and Golden Clicks/Super Clicks reach this at ancient level 436, although Vaagur doesn't need to be leveled past about level 280 (total HS cost: 7.10e131).

Vaagur's cost per level is 2n, with n being equal to the next level.

The cooldown reduction follows the equation: