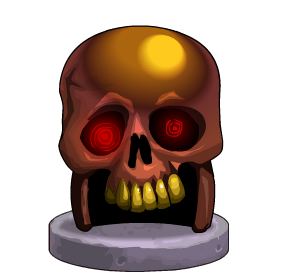 "Approaching the monument, you begin to feel as if killing monsters is a natural thing in life. It is as necessary as breathing, and eating. A voice startles you from behind. "Death is good" he says. You turn around - it was Abaddon. He was following you. "Their death brings you happiness, and gold. It feels good, does it not?""

Hero Souls you spend on Morgulis, effectively increasing your DPS by 10%, assuming you bank as many

Hero Souls in Morgulis as you would leave unspent without it. Chor'gorloth is the right way to efficiently use Morgulis as the price of Morgulis is discounted further and can result in banking even more DPS than what it is described as.

While Morgulis' effect is washed out in comparison to the effect of other ancients, it is a versatile ancient, useful in any build. It is recommended to bank extra souls in Morgulis for a small boost in damage.

Make sure to balance between other ancients and Morgulis correctly, an imbalance can hinder progression.

Morgulis's cost per level is 1.

All costs except the summon cost can be reduced by Chor'gorloth when leveling in bulk.