Monsters are creatures in Clicker Heroes that spawn on zones and must be killed in order to progress in the game. Upon defeat, they will drop

Gold, which can be used to hire and upgrade heroes.

Each monster has a set amount of HP, or hit points, equal to the amount of damage that must be dealt to kill it. Monsters of the same zone will always have the same amount of HP, and with each zone, the number of HP all monsters have rises.

The formula for monster HP at any zone can be found here.

As the monsters get more HP, their

Gold drop will also increase to keep up with the increased cost of the heroes that need to kill the monsters.

The formula for monster

Gold drop at any zone can be found here.

To advance in zones and progress in the game, you have to kill a certain amount of monsters each zone. This number depends on the following factors:

There are two types of zones: regular zones and boss zones. Regular zones require you to kill 10 (plus 0.1 for each 500 zones) monsters in order to unlock the next zone; boss zones only one. To make up for that, monsters on boss zones have more HP than a monster on a regular zone would have, and they have to be defeated within 30 seconds.

Kumawakamaru lowers the number of monsters required to finish a regular zone, up to a -8 reduction. This is not taking into account your level of Borb, unless it is 0.

There are 11 different zone types, each containing a different set of regular monsters. Every zone type lasts 10 levels before it switches to the next one, with the exception of the first 10 zones, which contain 2 zone types instead of 1. Below is a list of which monsters appear on which type of zone.

Angry Potato
It's a big potato and it's out to get you!

Catra
Does she have any eyes?

Catra turns into this when she 'dies'.

Flower Bloop
Another slime! And it's a..girl?

Loggernaut
Even the trees are after you! Or the stumps at least.

Mushroom Bloop
It's a 'slime', made entirely out of dirt!

Sasquish
Even Sasquish is after you! At least he's happy. And armless.

Spit Flower
A giant flower, and it looks capable of shooting seeds!

Tyrantula
A giant spider?! You're going to need a bigger boot.

Big Angry Potato
Told you she was out to get you.

Caperticus
A walking cactus is out to prick you!

Catra
Catra is back with sharper claws!

Dirge Beetle
A giant bug with a skull as a shell!

Flowering Caperticus
It's got a flower too!

Grablin
Goboolin has a friend, and he's got some nabby hands!

Sand Bloop
There are sand slimes too!

Big Dirge Beetle
Now where did he find a skull that big?

Finky
Is he in every floor?

Flowering Caperticus
Even dead, the flower smells quite nice.

Sand Ball
You don't even notice this creature as you kick through it.

Sand Bloop
You take the time to appreciate the flower on the bloop.

Scorpinch
Wasn't this just a boss? No, its eye is different.

King Caperticus
I think this might be the record for biggest cactus.

Trolgre
The goblins told the trolgres that you were being mean!

Devilled Crab
A little crab comes out from the sea just to grab your leg! What nerve!

Finky
You begin to doubt you'll escape this rat.

Flamingogo
A flamingo in leg scrunchies? I came to slay monsters not clowns!

Mouseketeer
Even the mice are joining the fight, with swords!

Mousekewich
Seems like the mice have a grip on magic.

Mudball
A little ball of mud tries to dirty your shoe.

Sea Snail
I wonder what's in the shell..

Turtloid
Another turtle is up in arms with your conquering!

Turtloid Warlock
He thinks he's so mysterious behind that cloth..

Octotentacle
A ship sinking tentacle for sure.

Flowering Caperticus
This place seems too wet for a cactus.

Goboolin
Jumping out from behind the trees.. don't scare me like that!

Grablin
Hey! That's my {{Gold}}! I killed a lot of things for that!

Mouseketeer
I wonder where he got that tomato...

Mousekewich
His stick better be more magical this time.

Sand Bloop
I thought this was Mudlands not Sandlands.

Scorpinch
More scorpions to watch out for.

King Loggernaut
Who ever thought a leaf was a good weapon?

Mud Golem
A beast made from the mud under your feet.

Gerbeel
How these creatures manage to fly is beyond me.

Goboolin
They have followed you for miles just to get chopped down easily.

Grablin
I bet the person who names these creatures wasn't very creative.

Mouseketeer
Who tied the bows on these guy's tails anyway?

Mousekewich
You're making a tidy profit from that gold ring on his hat.

Mousity
Is that an adult ratty?

Sand Bloop
Another day another bloop.

Scorpinch
I wonder what he's looking at over there.

d'Orcling
Another addition to the goblin family. He's just a d'orc though. 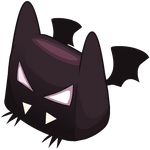 Floatsie
Never mind, I haven't seen it all.

Foomgus
The stench this thing puts off is almost unbearable.

Goboolin
I don't think these guys can put their tongue in their mouth.

Grablin
Which creature's bones do these guys use as clubs?

Mage Shroom
A mushroom-jellyfish-mage? I've seen it all.

Mushrimp
It's a mushroom. Of DOOM!!!

Sage Shroom
At least these guys seem more magically inclined than the mice.

Superfat Fat Bat
Like a Fat Bat, only fatter!

Dearth Bat
I feel like this is a reference to something...

Big Feets
This guy needs to get a trim. From your sword!

Cassoweary
A bird with a stone tablet as a hat?

Mouseketeer
What a fitting arena he's standing in.

Mousity
I think its just ratty's friend or maybe its still an adult ratty.

Sage Shroom
I wonder where these thing's mouths are.

Sealed Elemental
Sealed away for safety. That's why you must break it!

Stankape
You don't even want to know what's on his face.

Stoney Bloop
Another bloop for your collection.

Zombie Bloop
I didn't even know slimes could become zombies! Or have brains!

Golem
He looks like he's been waiting a century for someone to pass. 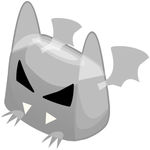 Ghostly Fat Bat
You can barely see him! 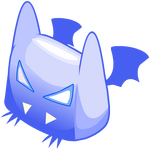 Ice Bat
And now the Ice is alive too. Great.

Polaburrr
You don't want to mess with him.

Snow Bloop
Surely he shouldn't be able to move when he's this cold.

Snow Ghost
Looks more like a Banshee to me.

Snowball
Aren't we supposed to throw these?

Snowkin
A sword of ice seems like a pretty good weapon.

Snowlouse
Referi must have fought this creature before.

Snowmagus
Look out he's got a broom!

Apparition
You better have some earmuffs with you.

Yeti
He's the king of the mountain!

Box Monster
It's just a box?

Eye Slime
My, what a big eye you have there..

Ghostly Bloop
A new addition to the bloop and ghost family.

Ghostly Fat Bat
It's easier to see him against the background of space!

Mud Golem
Now how did a mass of dirt get into space?

Prime Slime
He sees what you did here. And there. And over there.

Sealed Elemental
Wonder where all these elementals go when we free them.

Big Sage Shroom
Maybe he is why the smaller ones like it here.

Arcane Guardian
A being of such great power that it can lag the game itself! (Click on him really fast.)

Box Monster
Somehow not a wet pile of cardboard.

Eye Slime
He must have a really good barrier to not turn red here.

Ghostly Bloop
I don't think ghosts care what the floor feels like.

Ghostly Fat Bat
Even the ghosts are too fat to fly? That's a little sad.

Mud Golem
This much blood can't be good for anything. Plant or not.

Sage Shroom
I hope the grossness of this place gets to him as much as it does me..

Sealed Elemental
Wonder how bad it feels to be sealed in a crystal forever.

Fat Floatsie
King of the 'Stare into Your Soul Club' group.

Putrefaction Ooze
I REALLY don't wanna be that guy in there.

Treasure Chest can be found on any non-boss zone. They give 10× the zones's base

Gold when killed and that number can be increased further by

Mimzee. The base spawn rate of

Treasure Chest is 1%, but it can be raised with

Relic Ooze may replace any non-boss monster that would have spawned between zone 99 and 2/3rd of your highest zone, once per Ascension and only after your first Ascension. They drop

Starting at level 100, every boss zone has a chance to contain a Primal Boss instead. Primal Bosses are just like regular bosses, except for the fact that they give you

Hero Souls, as well as the regular amount of

Hero Souls scales depending on your zone. Only the first boss on a zone can ever be primal. Once it has been defeated, the next boss that spawns will be a regular one, and will not award

Hero Souls again. However, failing to beat a primal boss and returning to the zone will mean that the boss is primal.

In addition, every 100 zones up to zone 1000 a Centurion Boss can be found. The game will treat them as if the zone had a Primal Boss, the only difference being that Centurion Bosses have a 100% spawn rate, whereas Primal Bosses only spawn 25% of the time. Atman can increase this to over 100%, although realistically the percentage cannot surpass 100. PBC decreases however which is the reason for Atman being able to do so.

The 10 Centurion Bosses are unique monsters that cannot be found on any other zone. When you defeat these bosses for the first time, you will get an achievement.

The Green One
Thought to be the incarnation of nature itself, he is a force to be reckoned with.

Woodchip, The Rodent
Could use with a diet.

Queen of Bloops
No mother is happy when her children get killed. A lot.

Doppler, the Robot
He sees all that is in the heavens. Some say he can see back before it all began.

Rashon, the Duke
Bow down to your lord,RASHON.

The Dark Wizard
No one knows why he is here, but he is in your way!

Tako, Head of the Octopi
So this is where all of those tentacles were coming from..

Tako Returns
He was a robot this entire time!? Or maybe he wanted a rematch..

Lagomorph of Caerbannog
It's just a BUNNY! Here I got 'em. *whole head gets bitten off*

When reaching a boss level, there is a very low chance that instead of the normal boss for that level, it will spawn this "Kappa" boss instead. It is a Turtloid Warlock enemy, but with the twitch.tv "Kappa" emote on its face.

Ramicorn
A little far from the grazing grounds aren't you?

Immortals are boss monsters that only appear in Clan raids, and as such, being in a Clan is required for fighting them. They don't take damage from your DPS, instead you have to click them or use

Auto Clickers, but with damage that only increases when you get primal

Hero Souls. Killing them rewards you with

The bloops are evolving![1]

New monster on the lookout![4]

What should we call this one?

Eyes to meet you!