Mercenaries are little helpers that can be sent on various random quests, to obtain Gold, Rubies, Hero Souls, Relics, additional mercenaries or to activate random skills. After finishing level 139, unlocking the mercenaries tab requires ascending for the first time or buying a Quick Ascension. Doing so gives the player a free mercenary. Up to 5 mercenaries can be owned at a time, and in order to get new mercenaries after that, a mercenary has to die or be dismissed.

The mercenary tab will be locked again after transcending, until the player freshly reaches zone 139, ascends, or buys a Quick Ascension, though their old mercenaries remain alive and available once unlocked.

When choosing a quest for an available mercenary, a player will get four choices, with various specific rewards for random lengths of time. Some possible quests may be repeated. Each time a quest is accepted, a new set of quests is created, but until accepting a quest, any mercenary may be sent on the current set. Choosing another available mercenary to a quest may open up better quests for a higher level mercenary.

The size of a quest reward bonus is based on their rank/level, rarity, and time it takes to complete the quest. Once a quest has been chosen for a mercenary, the quest cannot be stopped or changed until they are finished.

The store purchase Timelapse affects mercenary quests as well, subtracting 8, 24 or 48 hours from the quest time. For example, if a player has 15 hours left on a quest and activate an 8 hour Timelapse, they will now have 7 hours left, while a 24 or 48 hour Timelapse would finish the quest. This can be repeated as many times as there are Rubies to fund it.

Please remember that not just a mercenary's skill and rarity, but also their rank affects their effectiveness.

Shorter quests have a much higher reward to time ratio, but require much more micromanaging, and can, in fact, be less efficient, as there is a bit of delay between, say 5-minute quests, as there would be a need to click on the quest. Also, mercenaries only quest offline if the quest is long enough. (One can do a 48-hour quest, and go offline, while the mercenary quests, but they can't do 288 5-minute quests, even with all 5 of their mercenaries.)

On a Gold quest, the Gold reward will scale to player progress: it starts based on the highest current zone, will increase as zones are gained, and reset upon ascension, even after the quest is complete. For example, a mercenary that grants 100× Gold in 15 minutes will give 115× Gold if 10 or more zones are to be beaten before collecting. Beginning in 1.0, Hero Soul quests also scale to the Quick Ascension value the same way, resetting when upon transcension. Gold quests also scale to DPS as well.

All mercenaries start off at level 1 once they are hired.

Every 24 hours of questing becomes one level up, when the quest reward is retrieved.

The pattern continues up, adding 1 onto the multiplier and demigod +x for each additional level. With luck and revivals, it's even possible to get to level 25, getting the Exceptional Specimen achievement.

Bonuses only affect that mercenary and none of the others. Values range between 5% to 2000% based on their rarity. Extra lives is special: Instead of a bonus, a mercenary get free revives, though a player can still spend Rubies to revive instead. It can only appear on mercenaries of rarities Rare and up, and counts upward instead of multiplying.

Below is a list of how each rarity influences personal bonus. There are 8 tiers to the rarity that each mercenary can get, just like Relics:

Sometimes players lose one or multiple mercenaries. If all of a player's mercenaries are buried or dismissed, the game will automatically start an 8 hour timer to hire a new one.

Only a maximum of 5 mercenaries can be kept at a time, so a player may want to get rid of a mercenary voluntarily to free up space for a new one. This can be done by dismissing it. A dismissal button is available by holding (ctrl) or (shift). When a mercenary is dismissed, it will be released instantly, without having to wait.

Dismissal is extremely inefficient and almost never should be done. However, if the mercenary is really low level or just terrible in general, it may be worth it to dismiss it to get a better mercenary.

A player can also unwillingly lose a mercenary, when it dies. When a mercenary has died, either Rubies can be paid to revive it, depending on its level, or it can be buried to get gold.

See here to find out whether or not a mercenary is worth reviving.

A mercenary death is not random. Their lifespan is predetermined from birth, with a specific lifespan, cumulative through any number of quests, and there is no way to change that. On average, every mercenary will live for about 4.5 days of questing, though particularly lucky or unlucky ones can range from as little as one second to as long as many years. A new lifespan is generated every time a mercenary is revived, with no relation to the last.

There are 100 potential names for each gender, so every name has a 0.5% chance of appearing, including Leeroy Jenkins. 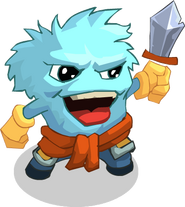 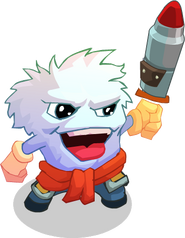 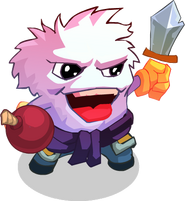 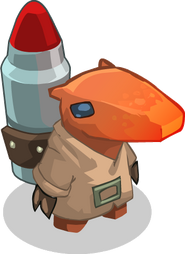 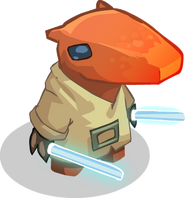 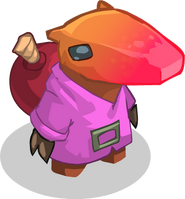 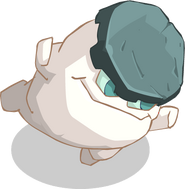 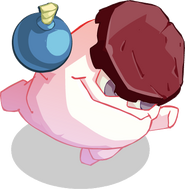 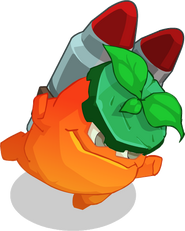 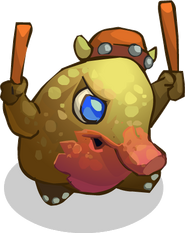 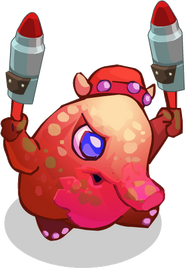 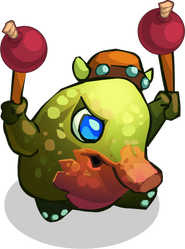 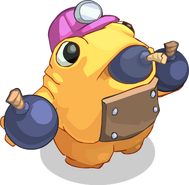 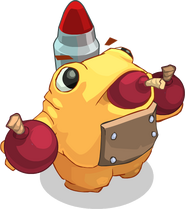 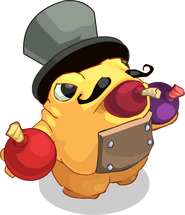