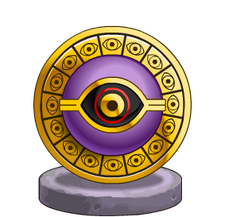 "Your eyes become sharper. You're able to notice many things."

The basic spawn rate for

Treasure Chest is 1%. Dora gives a higher spawn rate of these

Treasure Chest on non-boss zones. Dora extremely slowly approaches a limit of +9900%, which corresponds to a 100% spawn rate.

Dora's cost per level is 2n, with n being equal to the next level.