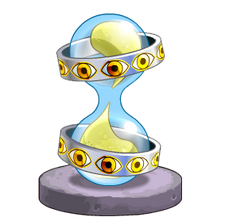 "You could spend hours visiting this monument, and when you leave, only minutes will have passed. Your immortal heroes refuse to approach it - but they do not explain why."

Chronos increases the amount of time given to defeat a boss.

Chronos's cost per level is 2n, with n being equal to the next level.